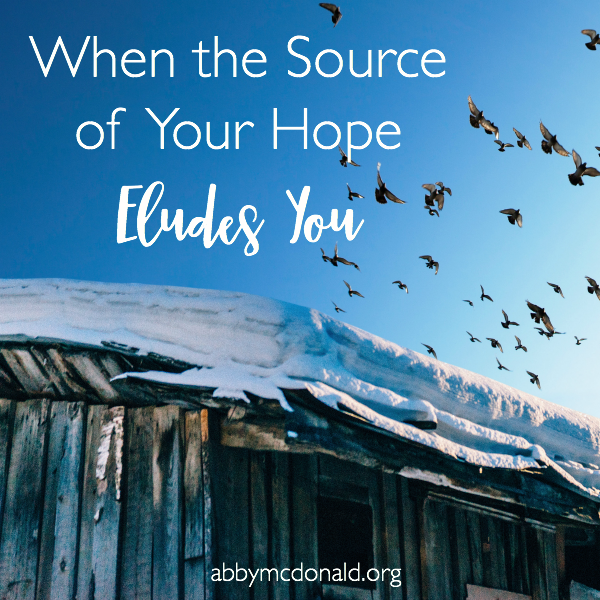 I’ll never forget the first time a made it down the mountain without falling. For a solid hour prior to my victory run, a slid on my behind. Something about having large pieces of fiberglass on my feet kept me glued to the ground. Then, once I learned to get up, I fell every five seconds.

But after making too making face plants in the snow to count, I found my rhythm. In somewhat disbelief, I actually enjoyed skiing. I remember getting to the bottom of the run and looking back at the mountain with satisfaction, thinking, “I conquered that.

There’s a something deep within each of us that longs to be conquerors, isn’t there? We want to know the way we’re spending our hours that make up our days is making a difference. We want to see the elusive light at the end of the tunnel.

But most of the time, life isn’t as simple as learning to ski.

I explain a complex subject to my seven-year-old, but I’m not sure he understands. My husband and I make efforts to instill strong morals and character into our boys, but there are days when it seems as though everything we’ve been striving toward is falling apart.

On a bitter cold morning, I attempt to capture thoughts that go deep into the core of me on the page, but can’t quite grasp them. The cursor mocks before I’m able to type a single word.

Before the day has even begun, thoughts of defeat overtake me.

Then, as God always does, he sends a reminder that strikes just the right chord. A song on the radio. A word of encouragement from a friend at just the right time. I realize my current state is temporary, but so much of me longs for the eternal.

My yearning for results reflects a glory which will not be realized in this lifetime, but in the next.

But we have this treasure in jars of clay to show that this all-surpassing power is from God and not from us.

I am a planter of seed.

I am a light in a temporary casting.

A reflection of the One whose glory I will behold. A glory I long for so deeply at times it aches.

Often, I believe we become discouraged because it seems as though we are moving in circles. Saying the same things to our loved ones over and over. Teaching the same lessons.

But friends, the truth is always worth repeating. People forget because it is their nature. We are still living in a flesh that continually pulls us away from what is true, what is eternal, what is lasting.

We continue to fight because the fight is worth it, even if we don’t see the result right away or even if this lifetime. Because we are more than conquerors through him who loved us first.

That longing for something we can’t see? It’s for Him whose image we were created in.

Do not give up. Do not lose heart. You were made for more than anything this world has to offer.

As you lay your head on the pillow tonight, ask yourself this: Did I take a step? Did I take one step toward something He asked me to do?

If the answer was yes, your effort was not in vain. Keep pressing forward, dear one. Your reward will be great.

I saw our neighbor on a walk today and she comment

For this edition of Summer Reading Saturdays we ar

Can I let you in on a secret? The world needs to s

I had to be rescued this weekend. - For one last a

Hey friends! It’s time for another edition of Su