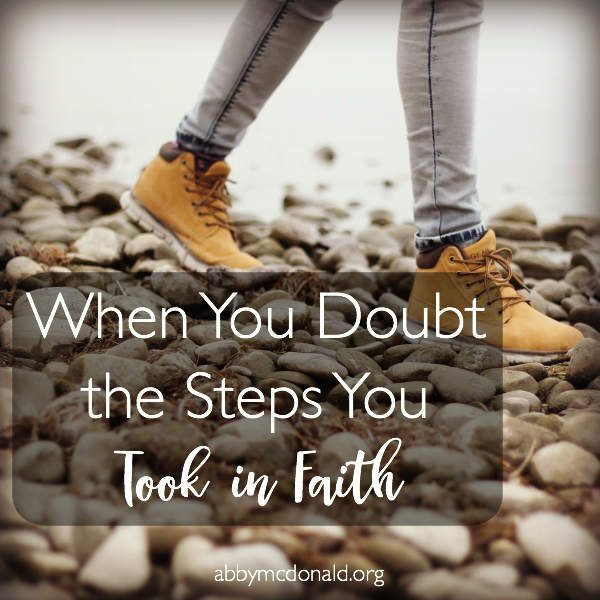 “They didn’t go down on their price,” my husband said with a tone of defeat.

I looked down at my pregnant belly and tried to fight tears. This was the second offer we’d made on a house we hoped to make our home, but things weren’t going as planned. We would have to walk away.

For what seemed the hundredth time that week, I questioned God. Were we making a huge mistake?

Our old house sat on the other side of the country, unsellable. My in-laws basement was our temporary living quarters while the birth of our second son inched closer. My husband was commuting 75 miles one way to work and my stress level was climbing by the hour.

Before deciding to move, we came to God numerous times in prayer. We were sure we had a green light. But when problems mounted and there was no end in sight, I thought perhaps we heard wrong.

I doubted the steps we took forward in faith.

Doubt led to discouragement, and soon I couldn’t see anything but the problems in front of us. I forgot the countless ways God delivered us from troubles in the past. I forgot his ways were higher and his resources were limitless.

When we go through seasons of doubt, it’s easy to think God is disappointed with us. We struggle to see how our situation will improve and instead of coming to him in complete honesty, we distance ourselves.

We further obscure our vision because of our failure to communicate.

If we look in scripture, we see men and women of God are no strangers to doubt. Its pages are filled with stories of God-following individuals who, despite seeing miracles and being delivered from dire circumstances, questioned their Maker.

So how does He respond to doubters? With an iron fist? Not exactly. Usually, his response is more like that of a loving Father.

Here are five things God wants you to know if you struggle with doubt:

1. His faithfulness is bigger than our doubt.

God’s steadfast love and character is not dependant an unwavering faith. If it were, he never would have sent his son. He knows we are going to mess up and go through seasons where we’re tested. But while we are human and still subject to sin, God is holy and unchanging. His faithfulness can’t be denied because it is an unalterable part of who he is.

“If we are faithless, he remains faithful— for he cannot deny himself.” 2 Timothy 2:13 ESV

2. We can come to Him for reassurance.

One of my favorite Bible stories is of the warrior, Gideon. God used this man to defeat an entire nation and bring peace to Israel, but before this victory he doubted God’s plan. He asked for signs of reassurance not once, but three times. But the Lord did not scorn his need for encouragement. Instead, he delivered what Gideon asked.

“Then Gideon said to God, “Do not be angry with me. Let me make just one more request… that night God did so. Only the fleece was dry; all the ground was covered with dew.” Judges 6:39-40 NIV 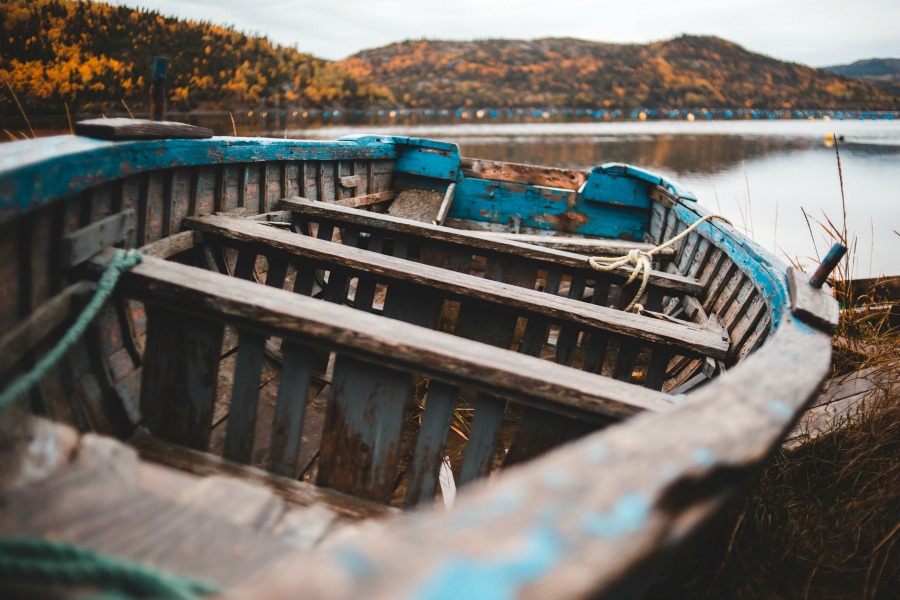 3. God offers hope that goes beyond our circumstances.

If we are consumed by the chaos and troubles around us, we often lose sight of God. We forget the source of our hope is eternal, going beyond this life and our situation. This does not mean God doesn’t care about the details of our lives. He does. He’s numbered each hair on our heads. (Luke 12:7) But he also wants us to keep the things of this life in perspective.

4. Our doubt can be transformed into an even deeper faith.

The person Jesus asked, “Why did you doubt?” (Matthew 14:31) and who later denied him three times was given a new name after the Resurrection: Peter. Jesus specifically chose a name meaning, “the rock.” I find it no mistake that when he reappears to Peter, he goes to the same lengths to reinstate him that Peter took to deny him. This is how much Jesus loved him. He asks not once, but three times, “Do you love me?” (John 21:15-25) Peter went on to spread the truth of the gospel to thousands, becoming a fearless martyr for the sake of proclaiming its live-giving truth. Even though he doubted, God wasn’t finished with him, and through the power of the Holy Spirit he healed and saved many.

“Silver or gold I do not have, but what I do have I give you. In the name of Jesus Christ of Nazareth, walk.” Acts 3:6 NIV

5. Doubt does not equal a loss of salvation.

Doubt is not the same as unbelief. Denying the existence of God and or belief in his Son is something quite different from struggling to understand his plan for our life. At some point, each of was will likely experience seasons of doubt. And when we do, the best step is to come to God in honest, open conversation and invite his Spirit to move in our hearts. Confession and communication are key to a thriving relationship, and our Father knows what we need before we even ask. (Matthew 6:8)

Even though I experienced a period of doubt after making that life-changing decision, I eventually realized God was working. My focus on him was obscured by stress, but his faithfulness didn’t waiver. He was preparing a place for us to live and raise our growing family.

When I came to him with an honest heart, he was waiting. And like any good Father, he gave me an assurance only he could.

If you are struggling to see where God is in the troubles of your life, come to him with an honest heart. Immerse yourself in his Word and his truth. While his deliverance may look different from you envision, he will answer you. Seek him, and you will find him.

Something in me won’t allow me to stop planting.

I am awestruck by this truth today. At the same ti

I can paralyze myself with thinking sometimes. Bef

The path didn’t stay straight for long. As soon

What a wild and wonderful journey motherhood has b

Is there anything cuter than those who considered

When others misunderstand my heart and my motives,

I come back to this book every year and each time,