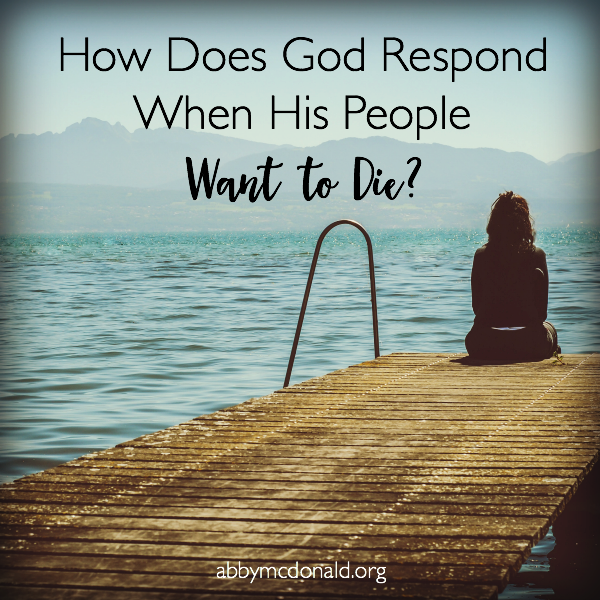 Sometimes it’s easier to be a spectator. When someone dies or there’s a tragedy making headlines in the media, that’s often what I am. I sit back and read other writers’ words. I nod and silently say, “Amen.”

But over the last weeks following the suicide of two well-known celebrities, I knew I needed to contribute more than hushed acknowledgement. I watched others speak up about their own experiences with depression and bravely tell their stories, and God stirred my soul.

I know what it’s like to be in that space where you dread waking up.

To look out the window and try to feel anything other than the slow nothingness engulfing you. After having my first child, there were days I couldn’t wait to crawl into bed and slip into the abyss of sleep.

Last week I read words from a courageous one who voiced a truth most of us don’t hear very often: Someone can love Jesus but still want to die. And I applaud her for it. These are the types of conversations more of us need to have.

Days after I read her story, its points still circled my mind and I found myself wondering, “Why do we so often want to remain silent about our own darkness?” The autopilot part of me knows the answer. People who love Jesus aren’t supposed to want to take their own lives, right? They’re supposed to have faith that can heal and a spirit that finds peace in his presence, right?

Yes, these things are possible. God is able. But they aren’t always the rule. And the thought in my mind days after I read another sojourner’s words was, “Even some prophets dealt with this darkness.”

Want to see for yourself? Elijah and Jonah, who were both servants of the Lord and heard directly from him, stated they wanted to die. (See 1 Kings 19 and Jonah 4)

These were men who not only thought about dying, but openly told God they wanted to.

These were men who God chose specifically to speak to and use. He trusted them and set them apart in generations filled with people who worshiped idols, bowed to Baals and turned to everything but him to find fulfillment.

They were not far from God, but vessels of his message. They transformed lives and brought hope. At the point they stated their anguish, they had seen God perform the miraculous. Fire from heaven at Elijah’s word. For Jonah, the nation of Ninevah transformed from vile acts of brutality to repentance.

And yet, they wanted to die. 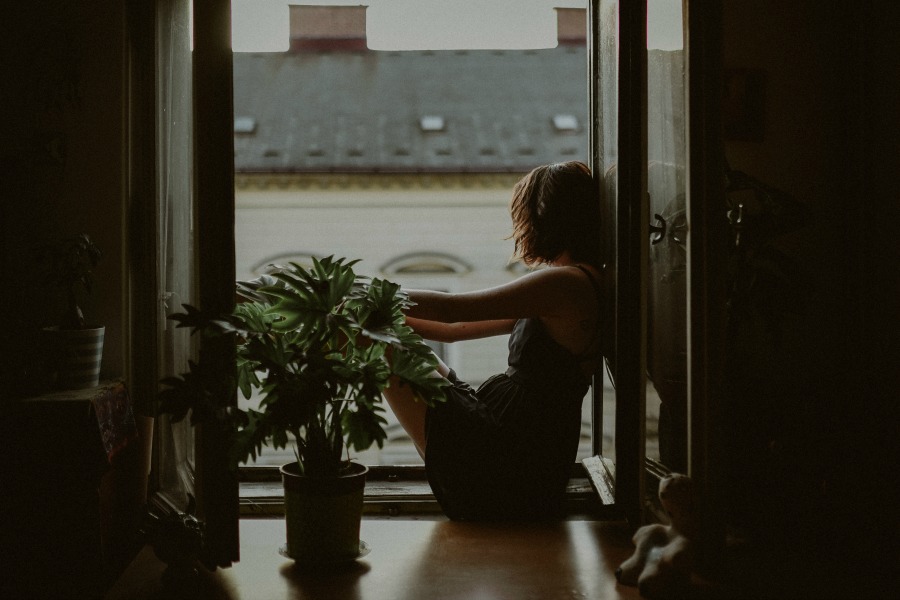 Now, I’m not going to go into the details surrounding each man’s journey. But if we read their stories, we see one was afraid of a crazy king’s wife and the other was angry. Their desire to die stemmed from very different emotions.

What I want to talk about today isn’t their reasons, but God’s response. Because there are many who think God turns away from these types of feelings and cries of despair. And I’m here to tell you he doesn’t.

So how did God respond? Did he chastise them? Turn away and cast them into hell? Hide his face and let them wander in darkness?

Not even close. Here are three ways God responds when his followers want to die:

God does not turn away from his children. He doesn’t yell, “How dare you say such a thing!” or act as though he can’t believe one of his own followers is making such a bold statement. In Elijah’s distress, he sends an angel to him with food and water. He lets him sleep and prepare for the long journey ahead. Once he’s had time to regain his strength, he follows him to Mount Horeb. To Jonah he provides shade and eases his discomfort. And although he later takes the plant away to illustrate a point to Jonah, he doesn’t leave him.

God doesn’t shy away from what’s really going on in these men’s hearts. He asks questions. He sees the things they’re not saying or asking. To Elijah he asks, “What are you doing here?” (1 Kings 19:9) and to Jonah he asks, “Is it right for you to be angry?” (Jonah 4:4) God already knows the answer to these questions. He wants the men whose hearts he’s after to see what he sees.

God doesn’t interrupt these prophets or cut them off as they’re explaining how they’ve arrived at this place. Once again, he knows the answer. In Elijah’s case, he knows he mistakenly believes he’s the only follower left. But he still lets him speak. He lets him say these words he’s been holding onto as he traveled through the wilderness thinking there was no one left to serve God.

Sometimes the journey through the wilderness is what prepares us to receive the truth.

Friend, I don’t know where you are today. I don’t know if you’re fighting through darkness or if you’re standing firm in a place of victory today. But can I tell you God sees you, no matter what? He doesn’t turn away from those places you keep buried.

God doesn’t stand in disbelief at statements like the ones from Elijah and Jonah. He comes close. He reaches through the gap. When we hurt, he hurts.

Talk to him today. Even if you don’t think he hears, talk to him anyway. He’s is right there and is waiting for you to reach for him.

If you need to talk or you know somebody struggling, call the National Suicide Prevention Lifeline at 1-800-273-TALK (8255) or text with someone at the Crisis Text Line by texting HOME to 741741.

If you need further encouragement that God is for you, even in the midst of the struggle, uncertainty, and unknown future, I encourage you to pick of a copy of my book, Shift: Changing Our Focus to See the Presence of God. Many people have sent me messages saying it is a timely book for this season, which encourages my heart so much. I pray that God continues to use it to touch lives.

You can purchase a copy of Shift by clicking the image below.

I can’t tell you the number of times someone has

His goodness will follow you into the unknown, int

Hello on this rainy Friday! Everything in me said

You won’t know if you don’t try. This is what

We weren’t created to walk through this life fig

If you’re anything like me, you may sometimes th

No matter how long we’ve been walking with Jesus